API or Application programming interface is a set of functions and procedures that allow the creation of applications that access the features or data of an operating system, application, or other services. For API testing you generally send calls to the API, you get the output and log what the system responded.

There are many open-source tools for API testing available in the market. We will look at few of the best tools among them.

Tricentis is one of the best web services testing tools. Some of the outstanding features of Tricentis are:-

Postman started as a Google Chrome browser plugin, however, it recently rolled out with native versions for both Windows and Mac. It is a robust HTTP client to test web services. With the use of Postman, you can set up all the cookies and headers that your API expects, and check the response when comes out.

It is one of the most effective tools for automated REST API testing. It also offers automated recording of REST/ RESTful/ HTTP APIs.

Apart from it’s Easy-to-use Interface and great Customer Support Team, there are some other features that make vREST standout from other tools. 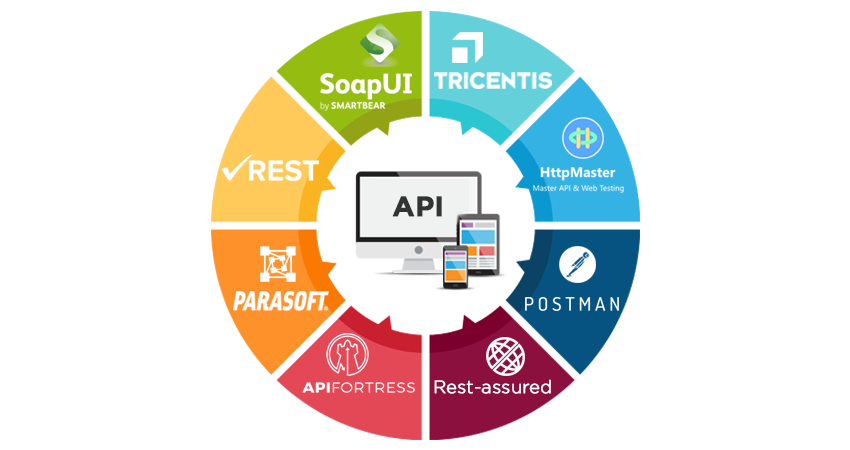 SOAP UI is the world’s most trusted API testing tool. It offers the industry’s most comprehensive and easy to learn functional testing capabilities. You can test REST and SOAP APIs with ease. Pro version of SOAP UI is user-friendly and it also has functionalities like a form editor, SQL query builder and an assertion wizard for XPath, With Free version, you can

Karate helps you to script a sequence of calls to any kind of web services and make sure that responses are expected. Payload validation engine can execute a ‘smart compare’ of two JSON and XML documents without being affected by white space or the order in which data-elements actually appear, and you can ignore the field that you choose.

It is harder to test and validate REST services in Java in compare to dynamic languages such as Ruby and Groovy. Rest assured is the tool that brings the simplicity of using these languages into the Java domain. It makes things simple by removing the need to use boiler-plate code to test and validate complex responses.

It is a tool to test RESTful APIs. Hippie-swagger uses hippie, which is an excellent API testing tool.

API Fortress is specially built to work across different teams in major enterprises. It is an automated testing and monitoring platform. It is a browser-based platform and works for REST or SOAP, in the cloud or on-premises.

Parasoft makes it’s place in top ten testing tools as it is feature-rich SOAP testing tool which supports end-to-end testing and has a very user friendly interface. It takes less effort to generate test case as any test case generated with help of Parasoft are reusable and easily maintainable.

This was the list of top 10 API testing open source tools. Having described all functionalities, you can simply choose which one best suits your project and get the best outcome with least effort.

For more information on any Web Development project related needs you can contact us at Amar Infotech as we have more than 5 years of IT field experience with clients from across the world.