Recently it has been announced that Zend Framework is now rebranded to Laminas project. The Lamias project is an open-source, community-supported contribution to Zend Framework. The community already migrated the Zend framework codebase to its new home on Github. This new transformation comes with some important updates which include Apigility and Expressive. Let’s start with the beginning.

One of the key players for many years in the PHP ecosystem has been Zend Framework. Zend framework is an open-source, object-oriented web application framework, with a collection of professional PHP packages with more than 570 million installations.

Zend framework can be used to develop web services and applications using PHP 5.6+ and provides 100% object-oriented code using many language features included. However, Zend framework 3 has a vibrant community supported by many tech giants such as Google, Microsoft, and StrikeIron.These technology giants have been providing interfaces to web services and other technologies to help ZF developers.

Since its inception, the Zend framework has been single-handedly sponsored by Zend Technologies and later Rogue Wave Software. The new successor Laminas project, It has been announced by the Zend framework team to continue growth and receive the best support possible. Now this project is hosted by the well known Linux foundation to contribute their mission as an open-source project.

This transition comes with many benefits as more and more companies are already contributing and help it continue to grow. So as part of this open-source process it’s essential for Zend team to differentiate from the original Zend commercial brand. Therefore, the new name “Laminas” project was created. Along with the framework’s new name, it also made a name change for its subproject as Apigility is now called Laminas API Tools and Expressive is now called Mezzio.

” Laminas Project ” the open-source contribution of Zend framework, it encompasses the various projects, Let’s take a look for some mind-blowing features in it, 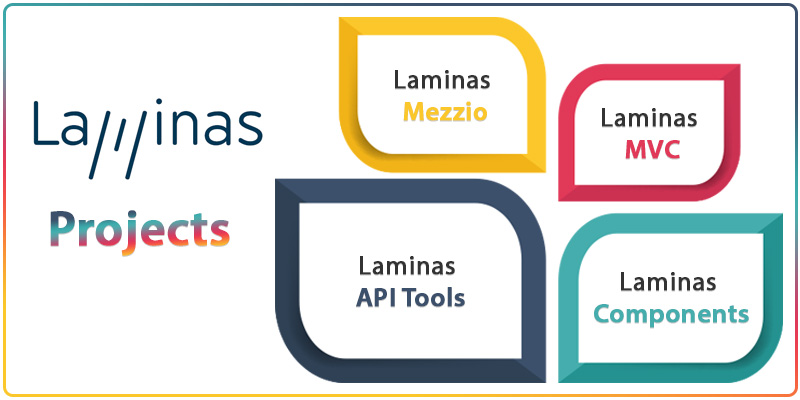 Over the years, The Zend framework 2 and 3 has been wide adoption across the industries. These frameworks used to develop lots of business applications with services including content management, eCommerce platform, healthcare systems, entertainment portals, travel portals, messaging services, APIs and many more.

Anyone can still install all existing Zend Framework, Apigility, and Expressive packages. However, these versions will no longer be maintained by the community. To ensure your code has the latest security updates, bug fixes, and new features, you need to migrate to Laminas-branded packages. Get the expert support migrating your existing Zend Framework 2 and 3 applications to Laminas, without having to rebuild your applications from scratch from the Amar Infotech team in a cost-effective manner. Please get in touch.