In Amar Infotech and Excel PTP we are playing National Anthem since 2012 on 10:00 AM sharp.We are not saw of any things but we think that it is our duty to give some time to our nation, our freedom fighter as well as those soldiers who are fighting on border.

Why we have to respect to our National Anthem?

I would prefer to begin with the very fact that in Republic of India or in the other country round the world, national anthem is that song which every and each citizen sings proudly for the country and its well being at numerous occasions. I need to add here my belief that if you’re associate degree Indian and if you are in any assembly or anyplace wherever the anthem Jana gana mana is being vie or sung it becomes your ethical duty to serve relevance it and sing and rise up in respect for your country. 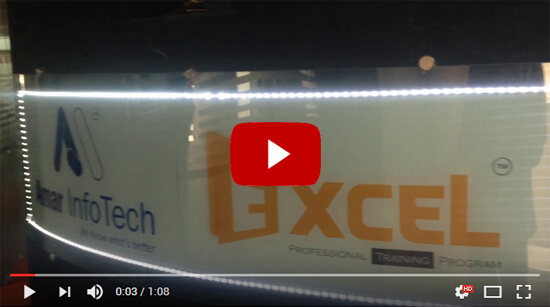 For the sentiments of nationalism, nationalism and love for the country. To instill such thoughts and keep these feelings alive, i believe this can be an excellent plan. And why not? Our anthem is superbly written and each word incorporates a which means.

National anthem ,it’s simply not a song it is not preschool literary work. this can be the voice of a nation , symbolises the our tradition, appropriates our freedom fighters and our pride. thus respect it. 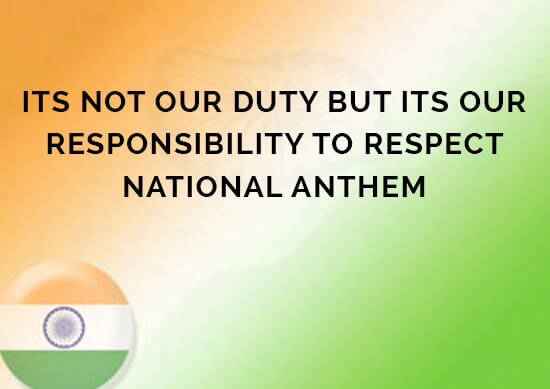 I think the anthem is a crucial emotional bond for all Indians and thus support it being contend before start our duty. after you sing the anthem you are reminded of your identity as an Indian. several countries follow this tradition of taking part in the anthem.

It is that chance to indicate respect for your country. it’s that gathering wherever voters spare a while to indicate their respect and tribute for those soldiers who are fighting for us on borders. it’s never been the matter of showing it off however it’s simply the matter of these ninety seconds that you spare to pay one thing to your country.