Top 10 PHP Development Tools That Every Developer Have To Know

Are you hungry about the PHP development tools? Do you want to know about the best IDEs for PHP Programming? Then we tell you what, you’re at the right place. Today we are going to discuss the Top PHP Development Tools For Developers In 2018 which will make your coding life much easier.

Now you all will be like, “Ahan.! Very Interesting.!”, isn’t it? Do you want to master the art of PHP development? Then you must have to know about the best IDE tools for PHP developer as easy development is possible with only PHP Tool. There are many tools available for the PHP web development in the market but choosing the best tool of PHP among them is a huge task.

Our sole purpose behind writing this article is to make you all aware of the Tools for PHP Developers which will help your daily coding routines.

Now all of you will be scratching your head just that little bit and wondering another so-called “Expert” has come to the market with his new tukkas which are like a total bluff. But we will tell you what we are not saying any of the things blindly, for making this article we have surveyed thousands of blogs, discussed with many PHP industry experts, gone to the original website of the tool & also surveyed quora for the current trends.

After analyzing all the possibility we have made the list of the 10 best Open Source PHP Development Tools that will work like a magic wand for you all. So are you ready for the roller coaster ride of PHP development tools? Then let’s go!

When you talk to the various PHP developers about the best tools of PHP, Eclipse is the first name that comes to the mind of everybody. Initially released on 7th Nov 2001, Eclipse has become widely famous due to its flexibility. It is a cross-platform tool which supports OS like Windows, Linux, and Mac. It is an ideal choice for large-scale projects. 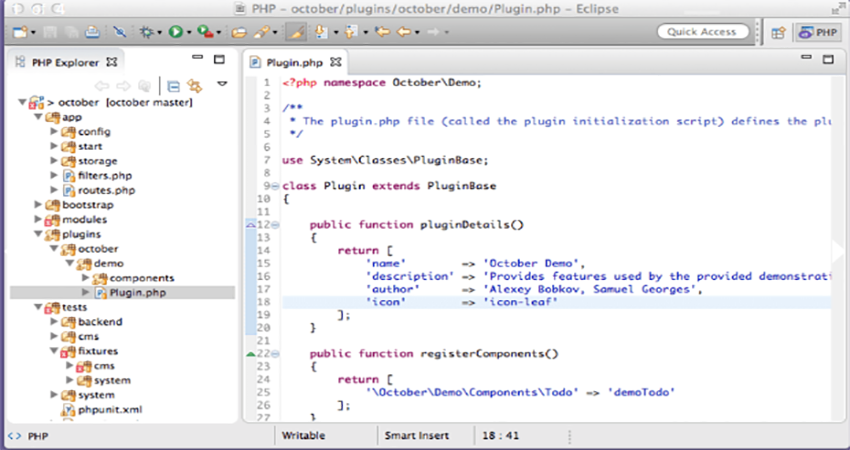 In below image, You can check the latest releases of Eclipse. 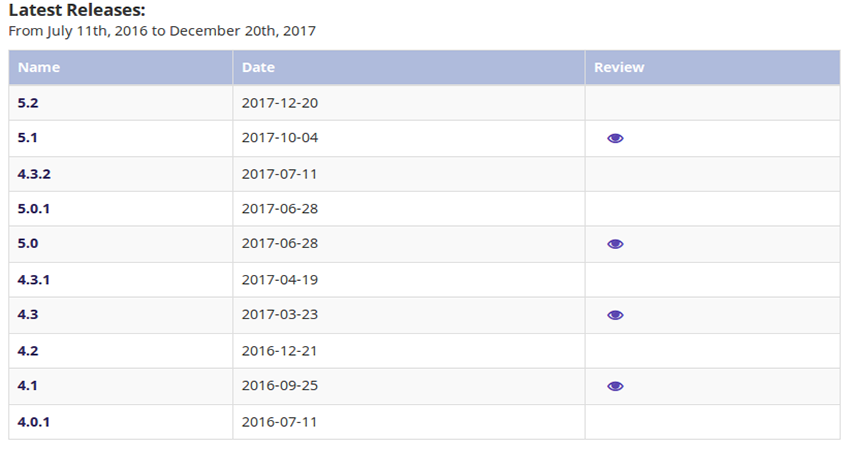 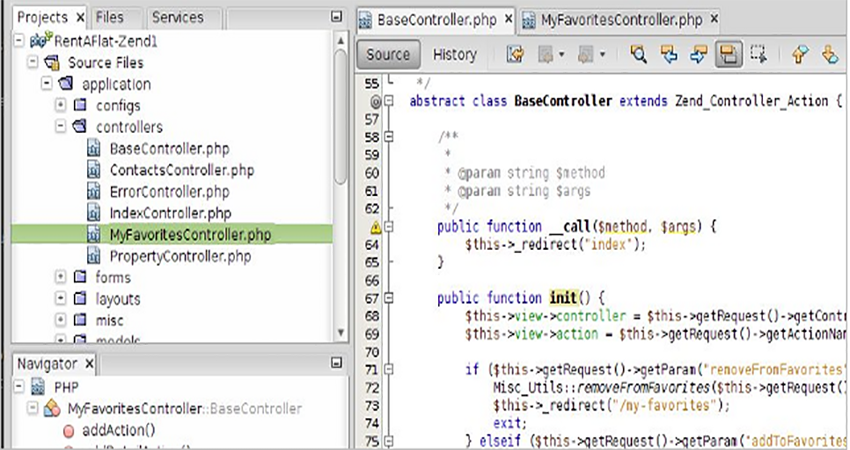 Developed by JetBrains and written in JAVA, PHPStorm is one of the best IDE for building a website using PHP. PHPStorm was initially released in 2009 and in the last 8 years, it has become a popular choice of developers around the globe. Actually, PHPStorm is an enterprise IDE which has a license cost, but for students and teachers, it is free of cost. 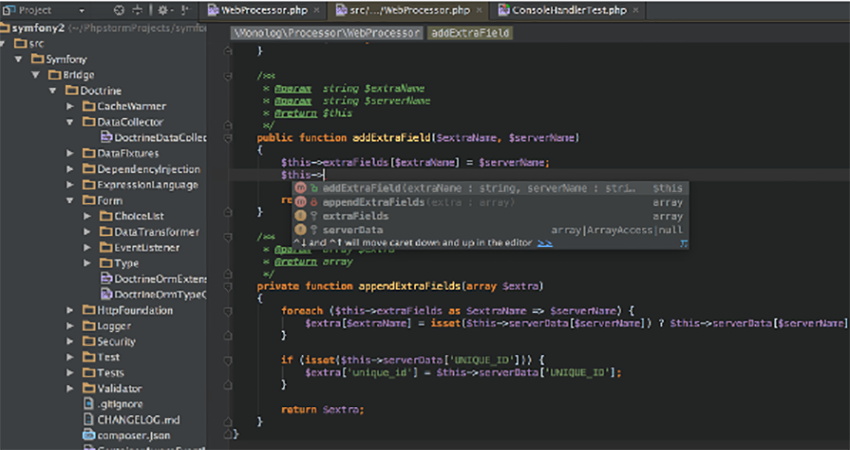 NuSphere is a US-based software company which specialized in making programming tools for web development & PhpED is the PHP editor developed by that company for PHP based applications. Initially released on 21st July 2001, PhpED supports both local and remote projects. In addition to that, it can also be used with MVC frameworks. 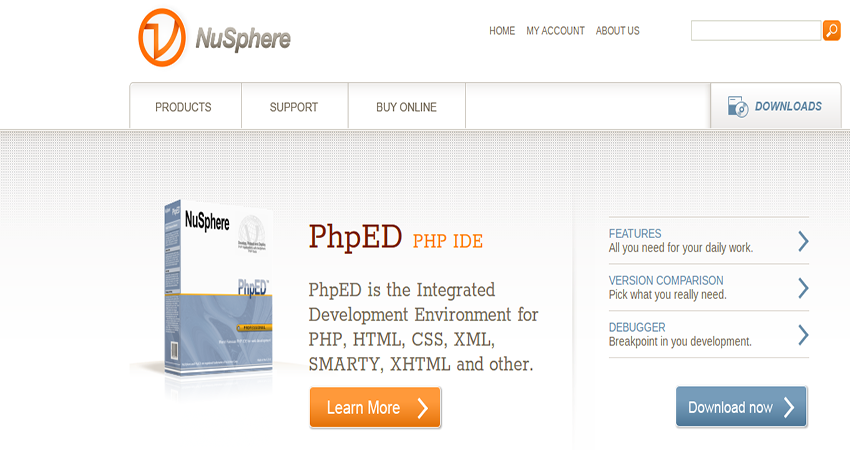 When you think about the 10 Extremely Useful PHP Tools,any list in the world would have the Zend Studio as one of their preferred tools. It is an IDE developed by the Zend technologies and the stable release was launched on 31st May 2016. It is an intelligent user-interface which provides you with all the current features for successful PHP development. 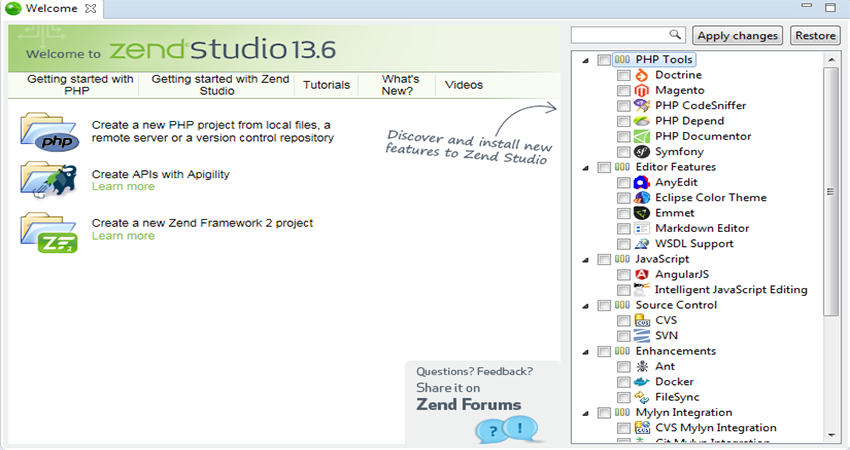 When you go to any seminar or developer conferences regarding PHP development best practices, Sublime Text is the tool that will be in the discussion for sure. Developed by Skinner & Bond on 18th Jan 2008, Sublime Text is a cross-platform editor with Python API. Sublime Text is regarded as one of the most powerful tools for markup and coding. 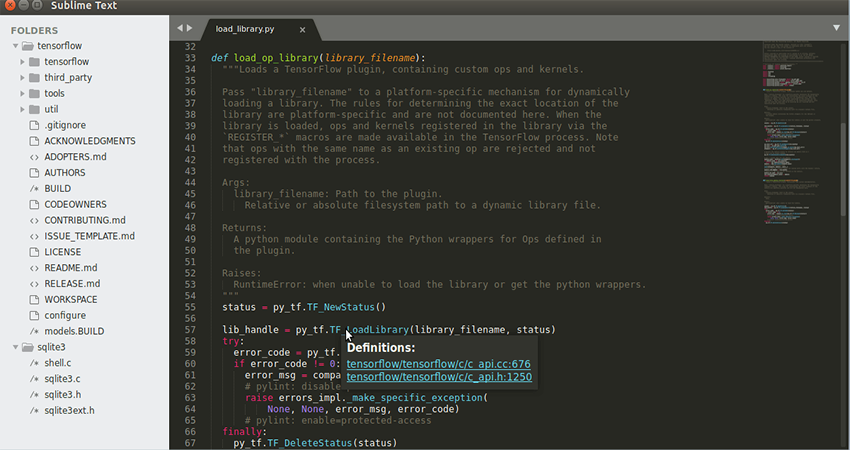 Developed by ActiveState in May 2000, Komodo IDE is the one of the top PHP Mysql Development Tool. Most of the features of Komodo are inherited from the Python interpreter. It uses Mozilla and Scintilla as its base because they share many features and support the identical languages. Due to its many extensions and pipe feature, Komodo has become a huge success. 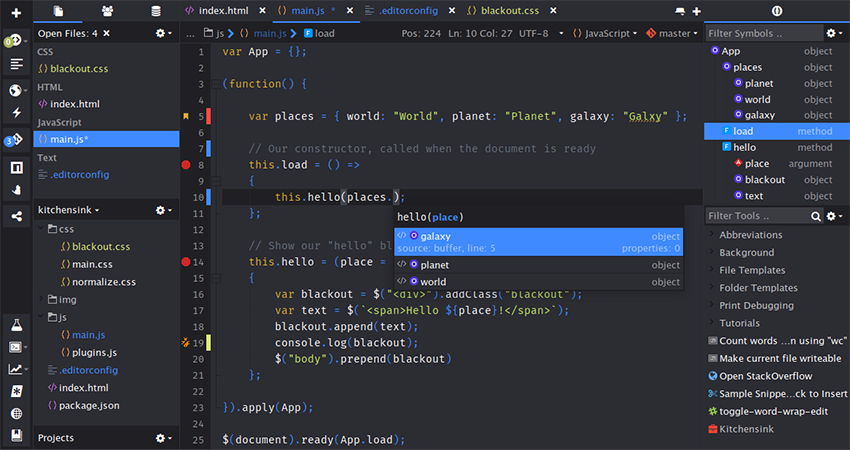 If you search on Google for the overview of useful PHP tools, you will find the name of Aptana Studio in the top 10 search results. Developed by Aptana Inc. in 19th Nov 2014, Aptana Studio is an open source PHP development tool. It is easy to download from the web and available to all at free of cost. It is available as a standalone on Windows, Mac & Linux OS. 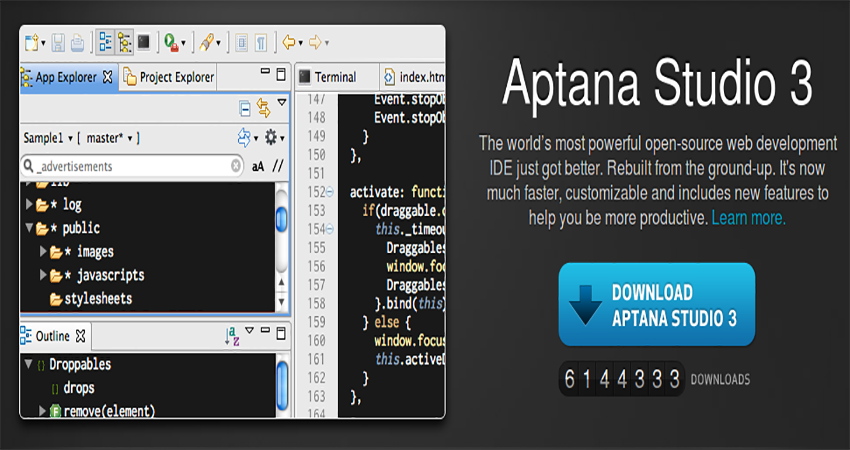 PHPDesigner is one of the best IDE for PHP development, especially for someone who has just started to learn the trends of PHP. The latest version of PHP Designer, PHPDesigner 8 is fast and powerful IDE which helps you in all the phases of the development lifecycle. This tool is like an all in one website editor which saves your time and money. 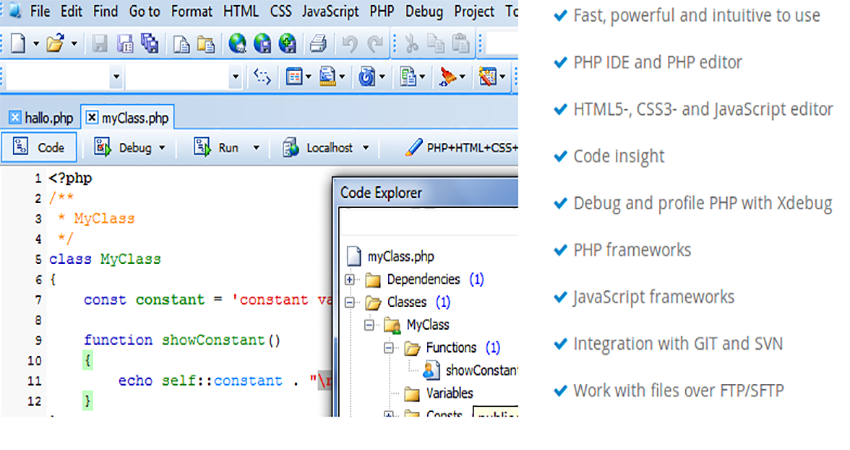 When you search online about the PHP Development Tools and Tips, most of the search results will have Codelobster as their preferred PHP tool. Developed by the Codelobster software firm, the IDE supports most of the PHP frameworks that are in the current trends. This makes Codelobster one of the most popular tools for the developer community. 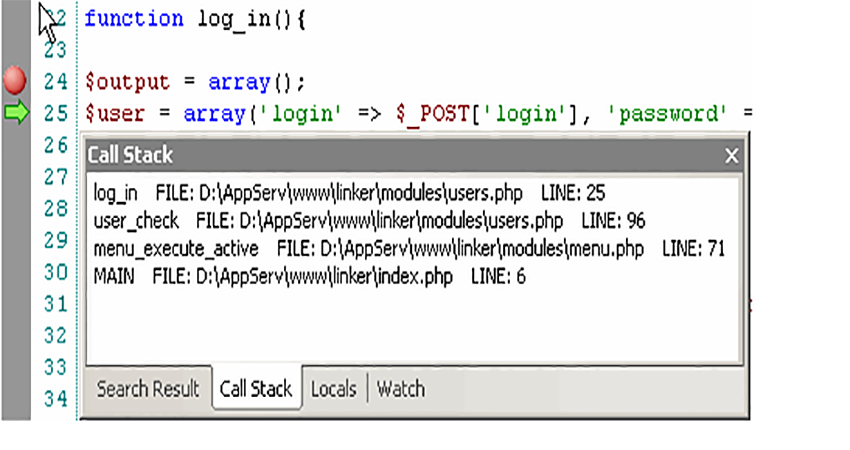 Here you can check our Portfolio on PHP Web Development using latest PHP Development technologies like Laravel, CakePHP and Angularjs. 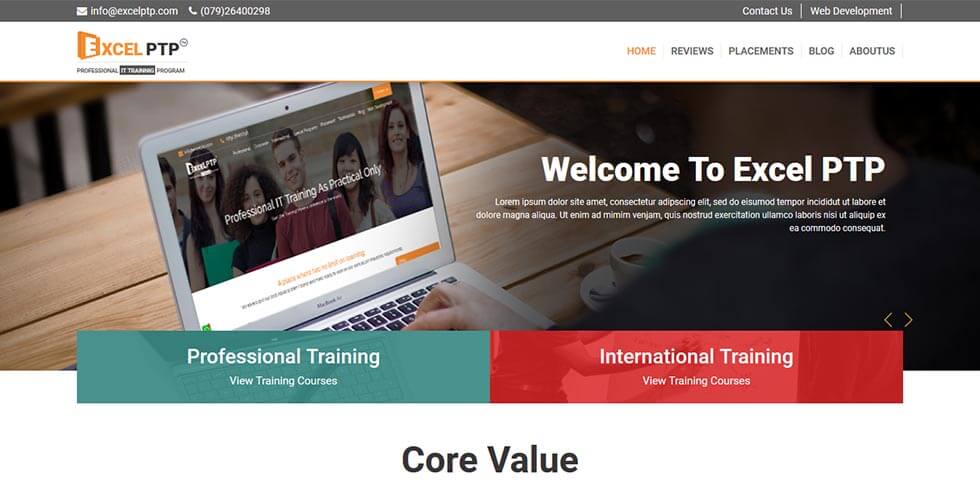 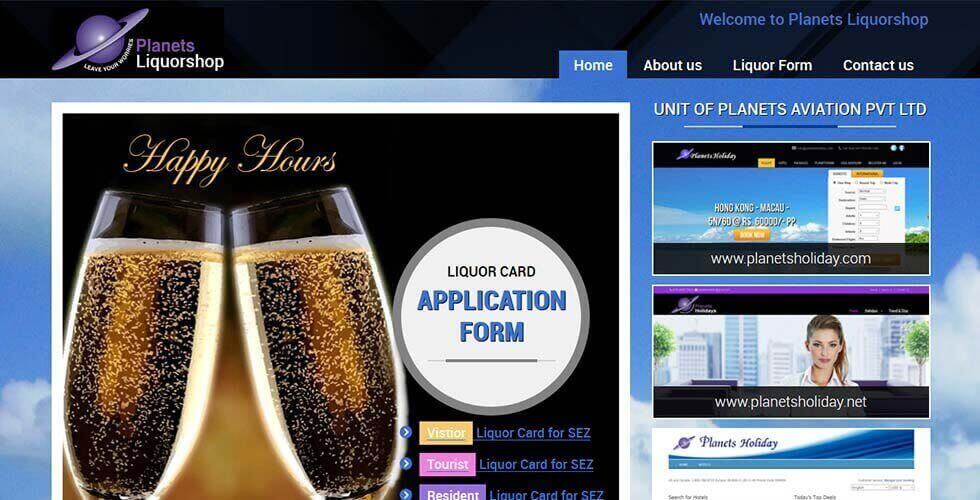 Question: What is an Eclipse IDE?

Answer: Eclipse IDE is the most widely used Java development environment. It is also used to develop the applications in other programming languages like python, c#, c++ etc.

Question: What is Netbeans ?

Answer: NetBeans refers to both a platform framework for Java desktop applications, and an integrated development environment (IDE) for developing with Java and other languages.

Question: What is Phpstorm ?

Answer: We can send 1024 bytes using GET method but POST method can transfer large amount of data and POST is the secure method than GET method .

Question: What is Zend Framework ?

Question: What is Sublime Text ?

Answer: Sublime Text is a text editor written in C++ and Python available on windows, Mac and Linux. A text editor is a program developers write their code in.

Question: What is Komodo ?

Question: Where sessions stored in PHP ?

Answer: PHP sessions are stored on server generally in text files in a temp directory of server.That file is not accessible from outside word. When we create a session PHP create a unique session id that is shared by the client by creating a cookie on clients browser. That session id is sent by the client browser to the server each time when a request is made and the session is identified.The default session name is “PHPSESSID”.

Question: What is difference between strstr() and stristr() ?

Answer: In PHP both functions are used to find the first occurrence of substring in a string except stristr() is case-insensitive and strstr is case-sensitive,if no match is found then FALSE will be returned.

After reading thousands of blogs, analyzing millions of surveys, taking important perspective from the industry experts & keeping in mind the current trends, we have managed to put this piece in front of you. We hope that you will enjoy this article as much as we did while creating it and it will help you in the betterment of your PHP Programming.