Automation Testing is definitely one-step forward to the Manual Testing. It allows us to save the human efforts at the great magnitude and also doesn’t give a scope to produce a huge stack of errors.

Here you go, the list of best automation testing software: 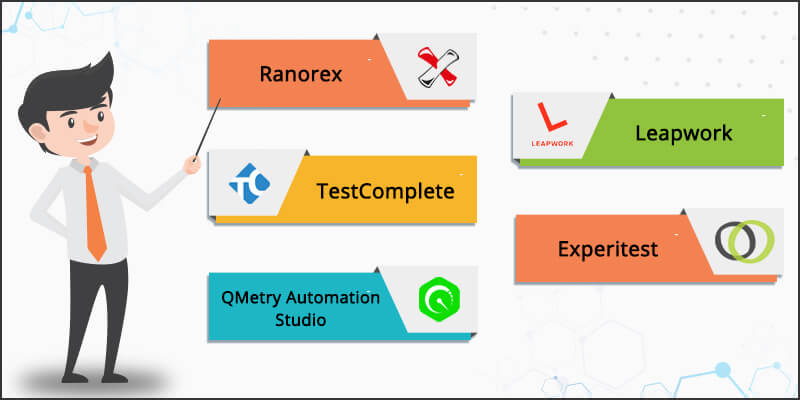 Broad description about the above listed 19 software tools:

This Tool is the best automation testing tool of 2020 & this tool has the ability to automate even the most challenging application. Complete package tool for web, desktop, and mobile application testing as it is good for End to end testing. Codeless software for beginners with a feature click-and-go interface. It is a very easy tool for beginners and also powerful for experts. With the help of this, we can execute more tests in less time

This is another best automation testing tool for mobile. desktop & web applications. We can build & run functional UI tests via robust record & play capabilities. It supports various Scripting with languages like Python, Javascript, VB Script & more. It supports a wide range of applications such as .Net & Native and Hybrid IOS & Android apps.

It is a great automation testing tool and it will provide you the seamlessly automate, analyze & execute test results. It is a leading software automation tool built on Eclipse IDE & leading open-source frameworks selenium & appium. It supports advanced automation strategy with coded automation & enables manual transition.

This Automation tool will enable us to do test automation without the need for programming. It performs end to end testing across technology. We can move seamlessly between any two application types like desktop & web applications within a single automation flow. In this tool, we can test across apps, devices & browsers & we are allowed to test anytime & anywhere.

It is a great tool & you are allowed to create & run selenium, appium. It is a leading platform for the need to automate mobile app & cross browser testing. This tool will provide you the feature of large test execution. Are allowed to run automated test & project developed in any IDE & testing frame. 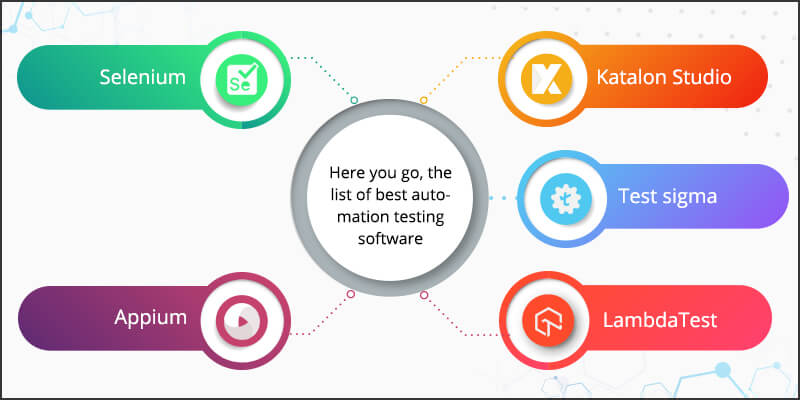 It is a complete platform for continuous testing. As it is an open-source automation testing tool, it supports both web & Mobile development. Katalon Studio is versatile as it runs on Windows, macOS, and Linux. It can be integrated with a variety of other tools like JIRA, qTest, Kobiton, Git and more. It is available for free & has paid support services for businesses & enterprises.

This tool is a cloud-based automation testing tool for continuous testing in DevOps & agile. In this tool, there is no requirement for coding skills. It is an AI-driven test automation tool that uses simple English to automate. It lets you automate web, mobile applications & API services. It supports thousands of devices/OS/browser.

It is one of the leading cross-browser test automation tools. It helps you to run selenium automation tests on a scalable, secure & reliable cloud-based selenium grid. It automates Cross-browser testing across browsers & ensures that it get perfect experience across all browsers, versions & operating system.

It is considered the industry standard for user interface automation testing of web applications. For developer & tester who have experience & skills in programming & scripting, selenium offers flexibility that is unseen in many other test automation tools & frameworks. Users can write test scripts in many different languages such as Java, Python, C#, PHP, Ruby & Perl. It runs on multiple system environments like windows, Mac, Linux & browsers like chrome, firefox, IE.

It is a test automation framework that is mainly intended for mobile applications. It supports automation for native, hybrid & mobile web applications built for ios & android. It is easy to install & use. It has gained huge popularity & Stability as one of the best mobile automation testing tool. 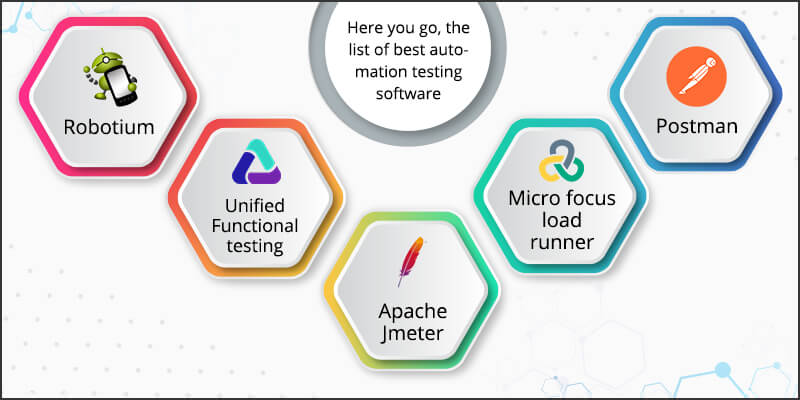 It is primarily meant for android UI testing & it supports both hybrid & native applications. This tool allowed to write readable. It is a test framework for writing automatic gray box testing cases for android applications. It can be used for both testing applications where source code available & application where only APK file available.

It is a java desktop application designed for load testing. It mainly focuses on web applications. It is for unit testing & limited functional testing. It supports many types of applications, servers & protocols. Jmeter is the most popular tool for test automation. It is now also used for API & services testing.

It is Designed to automate tool for API testing. It can be easily installed as a browser extension or as a desktop application on Mac, Linux, windows. This tool is not only popular among tester for API test automation but also the developers to develop & test APIs.